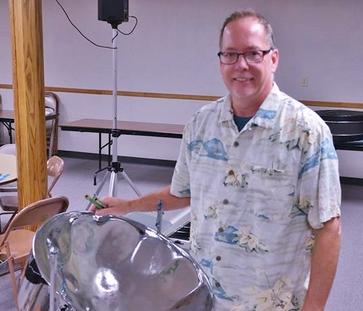 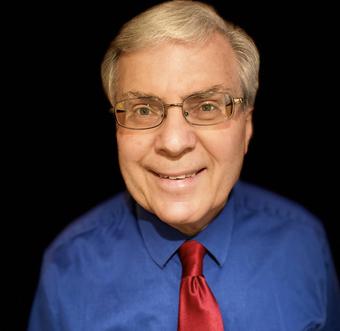 Brad Shores was born and raised in Goodland, KS, and received

his Bachelors in Music Education at Fort Hays State University. His first official position was serving as head of percussion for the Argonne Rebels Drum and Bugle Corp from Great Bend, KS.

After that Brad and his late wife, Linda, moved to Phoenix, AZ where he taught strings in the Paradise Valley School District.  Then in 1989, he and Linda moved back to Nickerson, KS where he took over the Nickerson High School band directorship until 2000. While at Nickerson, Brad developed several groups such as, the indoor percussion group called "Rebel Drums", the novelty trash group, "Stinkin' Garbage", and the Nickerson Steel drum Band.

Haven High School was the next stop for Brad when Linda and he and his three children moved there in 2000.  While there, Brad developed another trash group called, "Trash Cats", and the Haven High Steel Drum band.  During this time, he started to compose and arrange for various solos and ensembles and those pieces of music are what is on this site.

Brad retired from Kansas public school teaching in 2016 and is now the  Athletic Band Director at Bethel College in Newton, KS.  In 2020, Brad also began teaching steel drums percussion at McPherson College.   In 2016, Brad was honored as the Kansas Music Educator of the year.   He also teaches steel pan classes and performs as "Tropical Shores Steel Drums" with his fiance at many events. Brad has 3 adult children:  Jaimie, Collin and Bri.

Kurtis Koch taught band for 38 years before retiring in 2013.  Thirty-
four of those years were in the Great Bend, Kansas school district.  He is a graduate of Wichita State University, was director of the Great Bend City Band for thirty-two years, and has served on the faculty of the Fort Hays St. Univ. High Plains Music Camp for thirty-five years.  In 2002  he was selected Outstanding Junior High Music Teacher for KMEA Southwest Division and in 2003 he was chosen Kansas Outstanding Music Teacher of the Year.  Kurtis continues to teach private lessons and maintains an active performance and adjudication schedule around the state.

The solos, ensembles, and other music for band are free for downloading.  The content will change as often as I get the time to write new arrangements and solos.

Thank you in advance for taking the time to check out the music.  I hope that it will help your program in some way.  Please feel free to share this site with anyone who would be interested.

These permission letters may be used to perform any of the pieces at a festival.